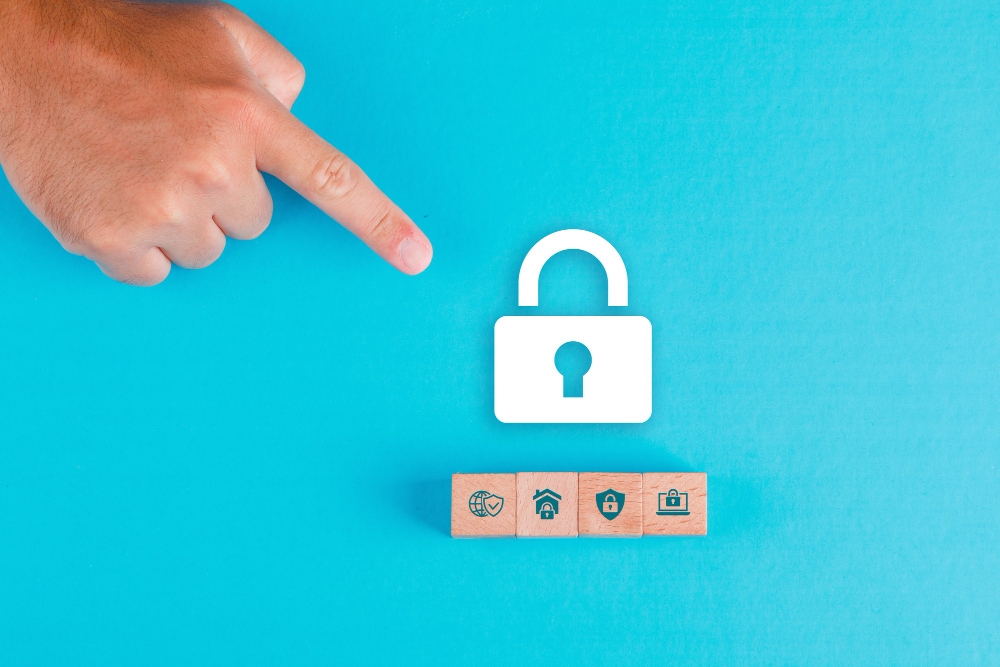 What Is Encryption?| 6 Top Types Of Encryption methods + Examples

In just 20 years, the internet has gone from being a theoretical tool to a central to every aspect of our daily activities, from communication and commerce to work and data storage.

Encryption is a prevalent and practical security approach, making it an excellent alternative for protecting an organisation's data. Encryption techniques for data are a reliable method for keeping sensitive data safe.

However, several accessible encryption techniques exist, so how do you choose?

In a world where cybercrime is rising, it is reassuring to know that there are as many ways to maintain network security as there are ways to breach it. The difficulty lies in determining which internet security solutions are optimal for a particular organisation's circumstances.

In this article, you can learn about standard encryption technologies, their application and how to implement them.

Here’s what we covered in this article:

WHAT IS DATA ENCRYPTION?

Encryption is a technique of transforming information from a readable format into a jumbled string. This is done to prevent curious eyes from viewing sensitive data in transit.

Documents, files, messages, and all other forms of networked communication can be encrypted.

Encryption is an indispensable tool for preserving the integrity of our data, and its importance cannot be emphasised.

Most data on the internet has been encrypted, whether it be websites or programs.

Furthermore, encryption is a fundamental component of data security and is extensively employed by major organisations, small businesses, and individual customers.

It is a common and most important method for protecting data passing between endpoints and servers.

In light of the heightened risk of cybercrime in the modern era, all Internet users should be conversant with and employ at least the most fundamental encryption measures.

HOW DOES DATA ENCRYPTION WORK?

Plaintext or cleartext refers to the data that has to be encrypted. The plaintext must be processed using encryption methods, essentially mathematical operations performed on unprocessed data. Multiple encryption techniques exist, each of which varies by application and security index.

In addition to algorithms, one must also have an encryption key.

The plaintext is transformed into the encrypted piece of data, also known as ciphertext, using the key and an appropriate encryption technique.

However, the ciphertext is transmitted over insecure communication channels instead of delivering the plaintext to the recipient.

Once the ciphertext reaches the intended recipient, they can utilise a decryption key to convert plaintext back to its original, readable state.

It is important to note that this decryption key must be kept secret at all times and may or may not be identical to the encryption key.

Using algorithms, encryption software transforms enormous amounts of data into ciphertext or numbers. Only those possessing the decryption key can decipher the encrypted data.

The phrase 'strength of a key refers to its ability to survive a brute force attack, in which a hacker tries an infinite number of character combinations to guess the proper combination.

There are numerous data encryption methods from which to choose.

These are further subdivided into many categories.

Let’s look at each individually.

Therefore, the recipient must contain the key before the communication can be decrypted. This strategy is most effective for closed systems, which are less susceptible to incursion by a third party.

This method, also known as public-key cryptography, uses two mathematically related keys for the encryption process: a public and a private key.

To encrypt, the user will use one key, and to decrypt, they will use the other, but it doesn't matter which key is used first.

As implied by its name, the public key is accessible to anybody. In contrast, the private key is restricted to the intended receivers, who require it to decrypt the messages.

The term "asymmetric" refers to the state that both keys consist of huge integers that are not identical but are coupled with one another.

Hashing creates a unique signature of a predetermined length for a data set or message.

Due to the fact that each message has its unique hash, it is simple to track even minute changes to the data. The data encrypted via hashing cannot be deciphered or reverted to its original form. Because of this, hashing is solely used to verify data.

Many internet security experts do not believe hashing to be a proper encryption mechanism; however, the line is sufficiently blurry to allow the classification to survive.

It is an effective method for demonstrating that the material has not been altered.

Triple DES superseded that and quickly became the most popular symmetric algorithm in the business world. The algorithm employs a 56-bit individual key and a 168-bit overall key length. Due to the fact that it is successive encryption, however, there is a vulnerability at the middle level that reduces its security to that of a 112-bit key.

Due to the complexity of its operation, Triple DES encryption is slower. Still, its efficacy is sufficient to maintain it on the list of approved data encryption algorithms until 2030. As a dependable hardware encryption solution, it is also gradually being phased out of use in financial services and other industries.

Even though 56-bit encryption was formerly supposed to be impenetrable, advances in processing power and the falling cost of technology have rendered it largely obsolete. When it comes to private information, this is extremely important.

John Gilmore, the co-founder of the Electronic Frontier Foundation and leader of the Deep Crack project, has remarked, "When developing safe systems and infrastructure for society, listen to cryptographers, not politicians.

" He warned that anyone who still trusts DES to keep their data secret should consider this "a wake-up call."

The Rivest-Shamir-Adleman (RSA) method has been recognized as the standard algorithm for public-key encryption. It is asymmetric because it encrypts data sent and received with a public and a private key.

Its scrambling level is difficult for adversaries to decipher, hence securing communication. Multiplying a significant number and generating a modulus generate RSA algorithms' keys. As a result of the enormous numbers involved, RSA is far more secure than DES.


While Triple-DES keys are equivalent to 112 bits, RSA keys range from 1024 to 2048 bits in length. However, the government and the IT industry advocate 2048-bit keys.

Blowfish is symmetrical encryption similar to the DES and is known for its high speed. It is a top contender as an alternative to both DES and RSA. The algorithm breaks data being sent into chunks that are 64 bits and encrypts each individually.

The length of the keys can be anywhere from 32 bits to 448 bits, and so far, the encryption has never been defeated. What adds to its popularity is that the algorithm is not patented and is free for everyone to use in the public domain.

As a result, it is used by many industries, such as software and e-commerce platforms that need to secure payments and manage passwords.

Many people prefer Twofish to Blowfish because it is also a symmetric encryption technology. Twofish, like its forerunner, employs block encrypting to protect data by dividing it into chunks and applying the key all at once to each of those chunks; each block is 128 bits long.

The encryption key length can be up to 256 bits. As brute-forcing a Twofish encrypted message is hard, it finds widespread applications with devices that have limited computing resources.

The AES is a symmetric-key technique that employs a symmetric block cypher. It includes 128-bit, 192-bit, and 256-bit key widths. Additionally, there are many rounds of encryption for each key size.

Theoretical attacks exist against the AES method, but they involve a degree of computational power and data storage that is just infeasible in the present day.

For example, a single attack requires approximately 38 trillion gigabytes of data, which is greater than the total amount of data saved on all computers in the world in 2016.

Furthermore, according to alternative estimates, brute-forcing an AES-128 key would take billions of years.

The Rijndael algorithm was devised by two Belgian cryptographers, Joan Daemen and Vincent Rijmen. The Belgian cryptographers submitted their method to the National Institute of Standards and Technology (NIST), competing with 14 others to become the official DES successor. In October 2000, Rijndael "won" and was chosen as the AES algorithm proposal.

Your data must be encrypted, whether stored in a database or transmitted over email. Here are a few everyday situations in which organizations employ encryption to protect their data:

Payment card data (both saved and in transit) must be encrypted using techniques such as AES-256 to comply with PCI-DSS requirements for online payments.

Your data lives at a third-party data centre in both the public and hybrid cloud models. Any attack on other tenants of that data centre could result in the exposure of your data. Cloud-based data encryption prohibits hackers from deciphering it accurately.

Email encryption aids in the protection of sensitive data exchanged via email networks. Email communication is often secured through the use of public key encryption techniques and digital certificates.

Your IT, operations, and management teams must work together to develop and implement an encryption plan.

Here are a few steps that can assist you in constructing a successful encryption strategy:

Step 1: Identify the data to encrypt

Understand and classify the sensitivity, use, and regulatory implications of the many categories of data you transfer and retain (e.g., credit card numbers, customer information, corporate proprietary data).

Sometimes, you will not be required to deploy separate encryption software. For example, email security, payment gateways, and cloud security software contain encryption features. However, other encryption solutions may be required for encrypting databases and sensitive individual files.

Your data stands a chance of being compromised if your keys get into the wrong hands.

Therefore, you must maintain an inventory of all your encryption keys and details regarding who has access to them and when they have been used. Critical management systems assist with the storage and administration of encryption keys.

Step 4: Understand the limitations of encryption

Encryption does not prevent or detect cyberattacks but mitigates their damage by preventing hackers from accessing your data. In addition to encrypting data, it is vital to incorporate other robust cybersecurity and intrusion detection systems, such as firewalls and endpoint protection technologies.