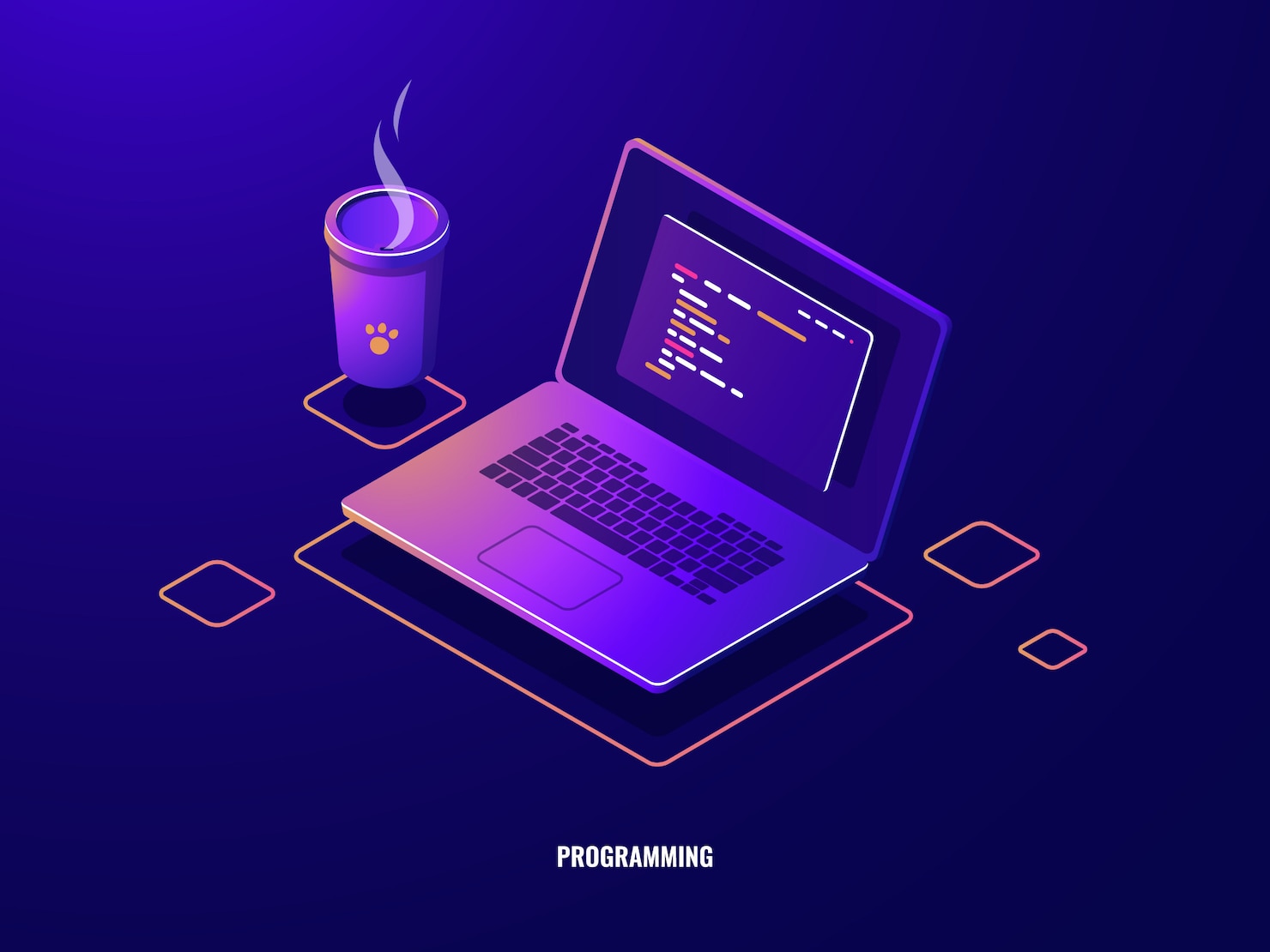 Usually, the choice is mostly between proprietary and open source software when an organization is searching for a new operating system, design software, or a content management system (CMS) platform.

The company that created it holds proprietary software, and its source code is always kept confidential.

Lately, however, commercial software, frequently referred to as open source software, has achieved numerous technological advancements, bringing it nearly on a level with paid versions.

As the difference between open source and proprietary software continues to narrow, a corporation may find it increasingly difficult to decide between the two.

Ultimately, the best option will depend heavily on your particular business needs.

There is a significant difference between proprietary and open source software, and knowing the difference might help you better serve your clientele. However, neither choice is without drawbacks.

This article explains in detail the open source and proprietary software, its advantages and disadvantages, examples and differences.

Here's an outline of what the article covers:

WHAT IS OPEN SOURCE SOFTWARE?

Open source software (OSS) is licensed under terms that let its source code be freely distributed, accessed, and modified by any user. As a result, people from all walks of life can utilize this product at no cost.

Thus, it may be concluded that software steadily improves over time. However, the development of software can take numerous forms. Therefore, every aspect of it can undergo a radical transformation over time.

While development is generally beneficial for businesses and their software, it can also make the product more vulnerable to attack from hackers. That's why it's crucial to have cautionary labelling.

In a nutshell, it's a particular type of software in which the source code is freely accessible to programmers worldwide. This allows programmers to tailor the code to their needs, ensuring that it is optimally implemented in their projects.

Software like this is highly regarded by the engineering community, consumer base, and development community. Therefore, they may tailor this primary code to their needs and make it uniquely theirs. Additionally, one can freely distribute Open Source Software.

The following are the features of open-source software. Open Source Software allows you to:

It is not always necessary that your program be open source if you use open-source software.

This concept aims to encourage collaboration within a community to achieve mutual benefits.

WHAT IS PROPRIETARY SOFTWARE?

On the other hand, there is proprietary software, which must be purchased to be utilized.

The code is closed and copyrighted, and its use is limited, especially regarding dissemination and modification.

In disregard of one of its most essential qualities, proprietary software is often known as commercial or closed-source software.

In addition to being of high quality and originality, this software is sometimes modifiable within the developers' restrictions.

In contrast, to open source, the source code of specific software can only be edited by the individual or group who generated it.

The source code is solely protected by the intellectual property rights of the software's owner or publisher. This form of software is referred to as "proprietary software" since only the original owner(s) are legally permitted to inspect and edit the source code.

Simply put, proprietary software is held exclusively by the person or organization that created it.

As the term suggests, proprietary software is the exclusive property of its authors or publishers, and no one outside the community may use, alter, copy, or distribute modified software versions.

The owner is the exclusive owner of the software's copyright, and only he has permission to edit or contribute to the program's source code. He is the sole proprietor of the application.

He may sell it under specific conditions that users must adhere to avoid legal issues.

This category included some of the world's most revolutionary software packages in the past.

The following are the features of proprietary software.

Here are the differences between Open source and proprietary software

The mere notion that developers and programmers may examine and edit the source code as they see fit screams control. More control equals greater adaptability so that non-programmers can benefit from open collaboration. Proprietary software, on the other hand, restricts control to the software's owner.

Because anyone with the necessary skills can add or alter extra features to the program's source code to make it perform better, it enables the software to be more sustainable, as software errors can be routinely fixed.

In addition, as developers can operate without limitations, they can correct flaws that the original developers or publishers may have overlooked.

Given that an open community of users has access to every line of code, it is normal for open-source software products to be lacking drivers.

The program may incorporate modified code by one or more individuals. Each of them is subject to various terms and restrictions.

The project can be jeopardized by a lack of official sponsorship or the usage of generic drivers. On the other hand, closed-group assistance provided by proprietary software improves performance.

In contrast to open-source projects, proprietary ones are often created with fewer end users with restricted skills.

Moreover, unlike the open source community initiatives, they target a small group of end consumers. Users outside the programming community will not even view the source code, much less edit it.

With no control over potential workarounds, the viewing limitations prevented end users from efficiently altering or troubleshooting the code.

In addition, the internal structure of proprietary software is rigorously closed-access, which lacks transparency and makes it nearly impossible for consumers to suggest improvements or enhancements.

Companies attempting to choose between open source and proprietary software frequently base their decision on price.

Some businesses use a partially-paid approach, in which the software is free up to a specific point before becoming charged.

However, even in these instances, the total cost is still much less than it would be for proprietary software. Commercial software is your best alternative if finances are a concern for your firm. Spending less on software can free up funds allocated to innovation or personnel salaries.

Regarding small-scale projects, proprietary and commercial software are nearly identical. However, when the scope of the project expands, factual distinctions emerge.

Regarding major projects, proprietary software is nearly always the undisputed victor. However, the option is evident if your organization wants software for massive tasks.

If, on the other hand, your company's operations are and will remain on a modest scale for the foreseeable future, then open source software will likely meet all of your needs.

Here are the essential advantages of open source software:

The following are the disadvantages of open source software:

The following are the benefits of the proprietary software:

The software is reliable because the proprietor is solely responsible for its development. Therefore, the software's operation is stable. Additionally, it is not prone to crashing. Consequently, they should be utilized for business goals.

Since customers pay for the software, it is a significant money stream for the developers.

Since the users pay for the program, it is the responsibility of the sellers to provide customer support. However, since vendors get revenue from clients, they cannot refuse to give technical help.

Because the vendors rely on users to purchase their software, it is essential to develop user-friendly software. In addition, there are other open-source software options available. Therefore, developers must create a positive user experience. Consequently, this program is user-friendly.

The following are the disadvantages of proprietary software:

It is currently one of the virtual platforms dedicated to this, particularly for building websites used for commercial purposes.

It is a computer operating system kernel that is open-source and monolithic, and it is similar to Unix.

This kernel is the foundation for the Linux family of operating systems, which are used not only on traditional computer systems like personal computers and servers, typically in the form of Linux distributions, but also on a wide variety of embedded devices like routers, wireless access points, PBXes, set-top boxes, FTA receivers, smart TVs, PVRs, and NAS appliances.

This software is a flexible OS for technically-inclined users because it is available for free installation. In addition, the source code can be viewed and updated by the users in any way they see fit.

It is a Javascript library designed for developing user interfaces. Facebook and a community of developers maintain it. Since 2013, it has been online, and approximately one thousand developers have used it.

This software office package includes all the programs you will need to utilize at your workplace, such as a text editor, spreadsheets, and others.

It is similar to Microsoft Office; however, it is free to download and use.

The first version of this comprehensive security and antivirus software was released in 1990.

Since then, they have maintained its position at the pinnacle of the security software industry.

The first version of this comprehensive security and antivirus software was released in 1990. Since then, they have maintained its position at the pinnacle of the security software industry.

According to its name, this software is a suite that contains a variety of tools that were developed for the production of printed publications, videos and images, and mobile devices.

In addition, the program is maintained and supplied by the for-profit Microsoft corporation, which implements stringent intellectual property safeguards to prevent unlawful distribution, reproduction, and modification.

Although these restrictions can improve the security and reliability of the software issue, they might be restricting for consumers seeking a customized solution.

Open source and proprietary software have advantages and disadvantages, making it difficult to choose the 'better' option.

For example, open source software may be the optimal choice if your business is a small, bootstrapped startup.

Another instance is a corporation may host its primary website on a proprietary CMS such as Adobe Experience Manager (AEM).

However, its blog/news hub is powered by open-source software such as WordPress.

However, proprietary software is your best option if your organization seeks software that can scale up and connect easily with existing technologies.