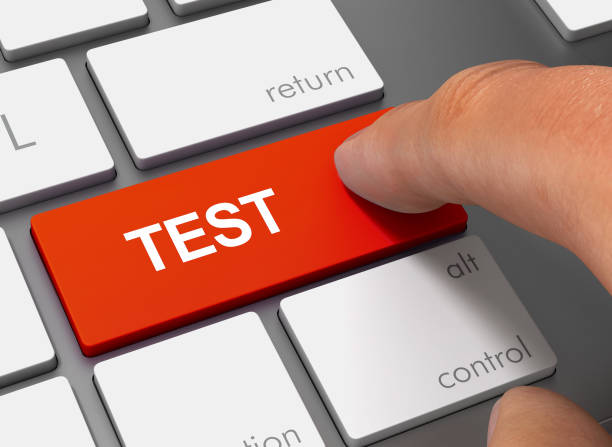 What Is White Box Testing- A Definitive Guide

Software testing refers to a systematic process of verifying that the generated product performs as expected and guaranteeing that it does not contain any unwelcome surprises once shipped.

Your clients may immediately switch to a competitor, and the story will abruptly stop.

The process of developing and testing software is essential.

It ensures quality, dependability, and reduced risk. In addition, thorough testing assures effective performance and satisfied consumers, which translates to a successful business.

However, on a fundamental level, the software can be considered for its intended functionality, i.e., whether it performs as intended.

White Box testing is a significantly more extensive product testing. Here, you test more than just the functionality. Compared to the black box, the box is now translucent or, to put things in perspective, it is now white. As a result, you can observe the product's inner workings.

All statements, conditional loops, input flow, and more are displayed.

Therefore, you will require an experienced programmer or a testing specialist who is well-versed in programming languages and coding procedures for White Box testing. This article will focus on white box testing.

Here's an outline of this article:

WHAT IS WHITE BOX TESTING?

White box testing is a technique that permits testers to examine and verify the inner workings of a software system, which consists of its code, infrastructure, and connections with external systems.

WHAT DOES WHITE BOX TESTING FOCUS ON?

White box testing can target any of the following issues with an application's source code:

Security holes are program components that make an application susceptible to attack. Not securing your apps against injection attacks, for instance, may leave a security hole in the program, which an attacker could exploit one day to compromise client data.

White Box Testing determines if the application was programmed using security best practices and if the code is vulnerable to known security threats and exploits.

There are specific coding standards that, if not adhered to, may not result in an error but may lead to unexpected behaviour in certain circumstances.

Also, coding constructs such as conditions may lead to unforeseen outcomes if left unchecked or the programmer has not examined all possible values for a condition.

This entails evaluating all possible inputs to a function to determine whether or not it always produces the expected result.

A program will always fail if a loop construct is not written correctly and causes it to encounter an infinite loop.

Since nested loops can quickly become unmanageable mazes of code, it's preferable to avoid allowing them wherever possible in favour of more straightforward constructions.

This is the process of tracing variables and their values as they flow through the code to identify variables that are not appropriately initialised, declared but never utilised, or improperly modified.

To determine if there are competing variable names or if program constructs are altering the value of a variable mistakenly, it is advisable to track a variable's life cycle from its declaration until it is disposed of.

One of the most critical aspects of testing is determining whether the desired outcomes are being achieved.

White Box Testing is carried out to ensure that the expected results of a software program are achieved.

Verification of every statement and function call

White-box testing requires verifying each statement within a function to ensure the program's integrity.

The two most prevalent forms of white box testing are Unit Testing and Integration Testing.

In Unit testing, the application is viewed as the cohesion of multiple components or modules. Therefore, each module's control data, methods, and flow are independently verified. Typically, developers write automated tests to confirm that an application component meets design requirements.

The programming style is a crucial determinant of a unit component.

In an object-oriented style, for instance, a unit becomes a class and its interface. Execution, operations, and mutation testing are all kinds of unit testing.

During integration testing, numerous related individual units or modules are examined as a group. It assesses how well the constituent units conform to functional criteria and identifies any flaws in the interaction between the various elements.

Integration testing is subdivided into Top-Down, Bottom-Up, and Hybrid approaches.

Other forms of white box testing include:

This form of unit testing verifies the code's resilience and consistency by designing tests, making minor, random changes to the code, and determining whether or not the tests still pass.

In this type of white box testing, an ethical hacker appears as a knowledgeable insider and attempts to attack an application using extensive knowledge of its code and environment.

Determining what must be tested

White box testing encourages examining every component of the selected instance. Hence a fewer number of identified pieces is preferable.

Existing flaws become evident after these are put to the test.

The features and components are subjected to repeated testing to ensure they function as planned. Small components are extracted and evaluated, and the next component is extracted when the objective is met.

It is also essential that the tests are energy efficient, meaning that the quantity of energy expended is proportional to the result obtained.

The flowchart depicts all possible and conceivable paths. These pathways may correspond to any feature, module, or component. It is performed to identify the testing's scope.

Developing test cases for all paths

Create test cases for each possible path after mapping the various paths. After creating the test cases, they are executed.

This is the testing execution phase, where test cases are executed. Then, the execution stages can be repeated to confirm the test results.

A primary objective of white box testing is to cover the source code as thoroughly as possible.

Code Coverage, often known as test coverage, is a metric that indicates how many statements or lines of code have been executed.

Using notions such as statement coverage, branch coverage, and path coverage, it is feasible to determine how much of an application's logic gets to run and tested by the unit test suite.

We would further discuss these concepts below

Statement coverage seeks to assess the maximum number of executable statements across a module or feature, as its name suggests.

This white box testing technique ensures all executable code statements are executed and tested at least once. For instance, if multiple conditions exist in a block of code, each of which is utilised for a given range of inputs, the test should evaluate each capacity of inputs to confirm that all lines of code are performed.

Statement coverage aids in the identification of new statements, unneeded branches, missing statements referenced by a portion of the code, and dead code left over from prior versions.

Branch coverage divides the code into branches of conditional logic and guarantees that unit tests cover each branch.

This coverage technique maximises testing on each branch, such as an if statement or a loop.

Path coverage pertains to linearly independent code pathways. In a path coverage technique, the tester writes unit tests to execute as many of the program's control flow paths as possible. The purpose is to detect broken, duplicated, or inefficient pathways.

Testing every potential outcome combination of a condition or a decision statement.

Like every other concept, there is; white box testing also has its disadvantages.

Here are some of the highlighted disadvantages:

For the above pseudocode, it is a typical scenario of a user navigating an application ( in this case, a blog site) with the intent to make a publication. The test code applies to questions like:

If both conditions are met, GRANT ACCESSIf not, RESTRICT ACCESS

At the end of the operation, 'COMPLETE'

Suppose your application is in a high-risk industry, such as avionics or medical devices.

In that case, it is best to have it thoroughly tested using white-box techniques.

Black box testing alone is insufficient for maximum test coverage. We need to use black box and white box testing techniques to cover the most defects.

White box testing, when done correctly, will undoubtedly improve software quality. It is also beneficial for testers to participate in this testing because they can provide the most "objective" opinion about the code.