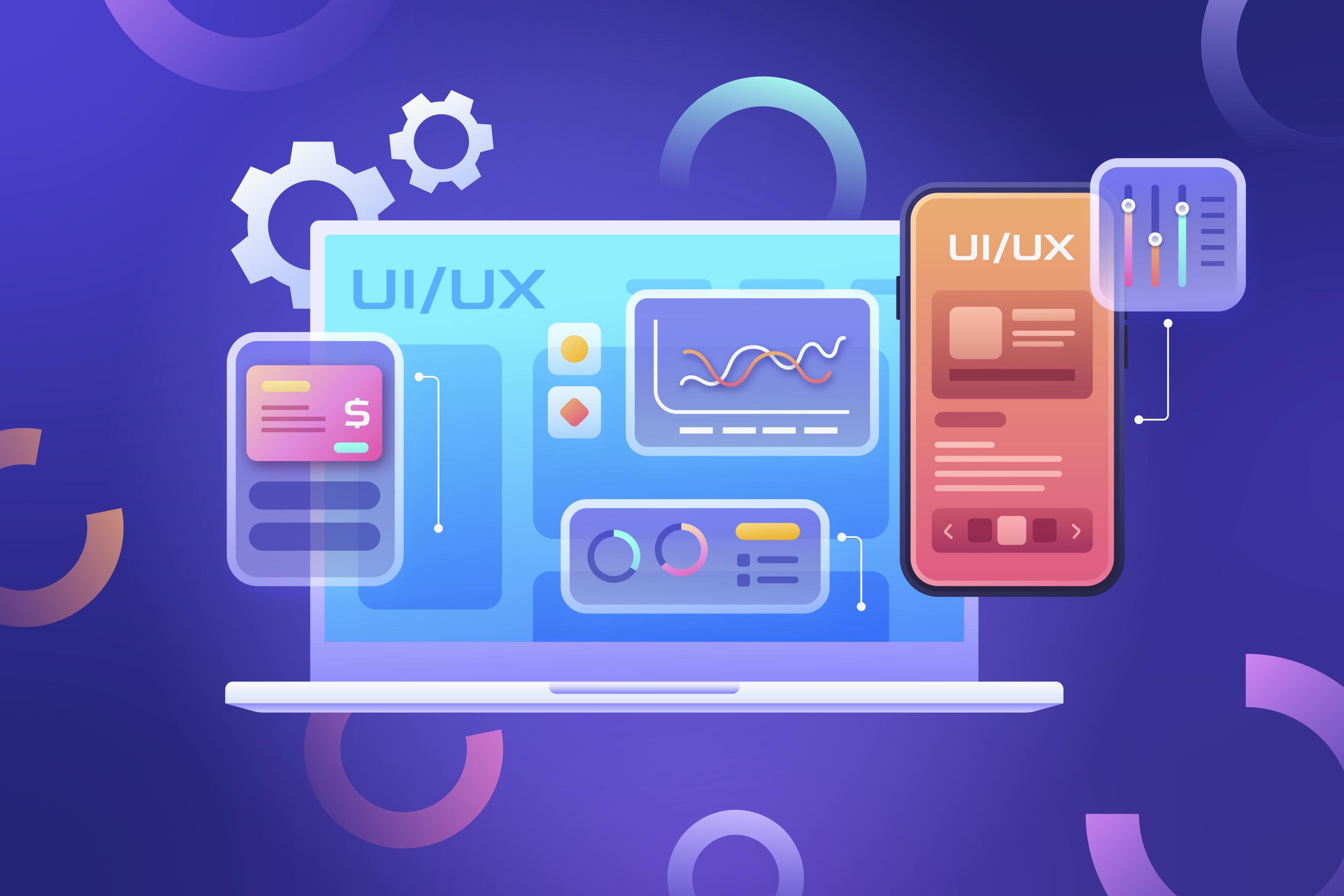 Almost every digital designer uses wireframes, prototypes, and mockups daily.
It is essential to understand what they signify and their level of equivalence as well.

Product teams frequently use the terms wireframes, mockups, and prototypes. Each one is used to showcase concepts, collect feedback, and reach a consensus so that teams may design and construct precisely what customers desire.

Even though wireframes, mockups, and prototypes may appear identical, they each serve a particular purpose at different stages of the product development lifecycle.

These phrases are frequently used interchangeably, leading to confusion on when and how to employ each during product development—choosing the appropriate one in the proper time guarantees that the correct amount of effort is expended so that you may deliver functionality that addresses a genuine consumer demand.

It is time to examine the contrasts in greater depth: This article examines the tools required to produce wireframes, prototypes, and mockups.

Here is an outline of what we covered in this article:

WHAT IS A WIREFRAME?

A wireframe refers to a low-fidelity representation of the first product concept that includes the essential pieces that would appear on a website or app. Wireframes outline the page structure, layout, information architecture, and general direction. A wireframe is usually constructed using only black, white, and grey and can be drawn by hand or digitally.

Wireframes are particularly useful because they transform abstract ideas into actual concepts in the early phases of the product design process.

The principal aim of a wireframe is to solve problems rather than focus on the product's look and feel.

Conducting user testing during the wireframing phase is highly beneficial to the designer because it allows them to receive honest feedback that aids in developing the product concept.

When a product appears overly polished, the user is more aware of the labour and resources that went into its creation, making them less likely to provide honest feedback.

Without the distractions of colour and typography, wireframes allow for more trustworthy and open user input.

For low-fidelity prototypes, designers use both paper and digital wireframes.

Paper wireframes are hand-drawn sketches UX designers use to envision page layouts and ideas. They are typically created with a black marker and A4 printer paper.

Paper wireframing is frequently a collaborative endeavour in which teams communicate and draw ideas, frequently with annotations for clarity.

The main advantage of paper wireframing is that teams can quickly generate many design concepts in a collaborative setting at a low cost. Crossing something off or starting over with another piece of paper (or digital whiteboard) is simple.

While digital wireframes are devoid of colour and functionality, they begin to resemble an app or website with buttons, inputs, text sections, and headings. Most designers employ boxes (square or rectangle with an X through the centre) and dummy text as content placeholders.

Wireframes allow you to make quick changes to your product design by framing it in a simple structural design.

Furthermore, you may show everyone how your eventual plan will seem.

It allows you to communicate your ideas early without worrying about more complex design features like colours, shading, or intricate menus.

Let's look at a few wireframe use cases:

Structure communication: The main objective of wireframes is to provide crucial information about the product's design.

Wireframes should be rapid, simple, and easy to adapt.

Project discovery: Designers and stakeholders utilise wireframes to define business needs, determine the scope of the product, and more.

Before your team begins writing code or committing resources to construct a project, it's critical that everyone agrees on what they're building. Using a wireframe helps everyone understand what you're trying to accomplish.

WHAT IS A MOCKUP?

A mockup can be an image or a product model, typically created with digital design tools.

The visual appearance of the product design, including typography, iconography, colour, and overall style, is delivered by a static, high-fidelity prototype of the finished product. Mockups establish how users perceive a brand through its visual identity, while prototypes concentrate on interaction design. The UI designers' other task during the mockup phase is maintaining a consistent aesthetic throughout the desktop and mobile user interfaces.

The designers should have addressed most of the concerns that surfaced throughout the wireframing and prototyping stages of the product design process by the time they reached the mockup stage. That is not to imply that user input from mockups is not valuable.

They provide stakeholders with a more grounded viewpoint and can assist in identifying issues like colour conflicts or typographic problems that weren't as obvious during the wireframing and prototyping phases.

In addition, users don't have to utilise their imaginations much when they have a highly detailed extravaganza of visual storytelling.

We can delve more into what you can accomplish using mockups now that we understand what they are.

Before beginning a project, you can test various approaches to your possible product using mockups.

The process of designing and creating a product involves numerous parties at each level. As a result, a mockup may even wow potential investors while keeping everyone on the same page about the final product.

The final design step is to create a mockup, which typically takes place during the product development cycle.

No matter how you utilise them, mockups aid in communicating the desired appearance of your finished project. They are crucial components of your design toolkit since it is always preferable to communicate excessively in design.

WHAT IS A PROTOTYPE?

When user input sessions and usability testing are required, prototypes are created. The prototype will resemble a mockup, but interaction will be implemented using UX tools like InVision and Sketch rather than actual code. The prototype won't be entirely functioning as a result, but the interactive features will allow for the validation of the fundamental ideas.

Prototypes, once created, are invaluable resources for user testing. In addition, the entire product team benefits from having access to genuine user interactions with the feature or product.

The prototype is handed over to the development team for execution when testing rounds are finished and pertinent feedback is considered.

When paper prototyping, team members can get fairly daring by imitating taps, scrolling, and swipes to see how people interact with a product.

Once a design mockup has been completed, the next step would be to connect all buttons and links to produce a working high-fidelity prototype.

UX designers require high-fidelity prototypes that appear and operate as closely as possible to the final product so that they may address any usability concerns before sending the final document to engineering.

A vital component of the design process is the prototype.

The following are uses of prototypes in product design:

Testing your design's usability with prototypes is an excellent way to ensure that your product is usable before it is released to the public.

Prototype designs can showcase an idea as early in the design process as you desire. It will assist you and your team in determining your precise goals.

You should include as many stakeholders as possible because prototypes allow you to test designs. Product managers can assist you in concentrating on user flows, engineers can test the functionality, and UX writers can help evaluate navigation.

A prototype is often required to demonstrate to stakeholders that an idea is worthy of moving forward.

COMPARISON BETWEEN WIREFRAMES, MOCKUPS AND PROTOTYPES

A visual comparison is an excellent approach to rapidly grasping the differences between wireframes, mockups, and prototypes.

Simple boxes and text in the wireframe serve only to express a notion. The mockup was then given logos, colours, and symbols to make it appear more authentic. And lastly, the prototype is also clickable and helpful.

Not every product or feature you work on will require the creation of all three. You may be able to secure the required buy-in with just a wireframe or mockup, depending on the quantity of input and visibility required.

More information on the distinctions between wireframes, mockups, and prototypes is provided in the table below:

Wireframing and prototyping are two examples of specialised uses for refining and improving design tools. Instead, many design tools today combine the three, providing sophisticated design software that allows designers to quickly iterate from low to high fidelity within a single platform.

These cutting-edge design solutions include UI features like typography, form elements, button states, and navigation, saving the designer a ton of time and letting them benefit from previously established design choices.

Full-stack designers will find Framer especially useful because it allows for adding code throughout the prototyping process.

Instead of using several screens to show potential flows and interactions to the user, Framer enables designers to examine every possible outcome in a single prototype. In addition, switching to code allows designers to update page behaviour much more quickly, giving developers access to code they can use to build out the page or product feature.

Complex design software includes programs like Invision, Balsamiq, and Sketch. With the aid of Balsamiq, designers can create wireframes, primarily ignoring the aesthetic appeal of the user interface in favour of the layout, user-friendly interaction design, and fundamental information architecture.

Wireframes and mockups are typically created using Sketch, focusing on visual/UI design. Adobe XD, a tool that allows you to develop wireframes and prototypes for web, mobile, and even voice interactions, is one of the more recent tools available.

The differences between wireframes, prototypes, and mockups should now be very evident. However, since many of the traits shared by all three processes work well together, it is best practice to use all three in the design process rather than favouring one over the other.

The maximization of learning while utilizing the least amount of resources is achieved by gathering user feedback as early in the design process as is practical, to paraphrase the basic principles of user experience design.